This newspaper has covered global warming in the past. In the previous issue, we discussed the Paris agreement, Trump’s decision, and what those mean for the rest of the U.S. citizens. In this issue, we will continue the discussion of global warming, but we’re going to look at a more severe, impactful problem occurring right now in Australia. This is, of course, the bushfires.

The Bushfires, starting in September 2019, are currently ravaging Australian forests and towns. Fueled by the drought Australia faces and sparked by both human and natural causes, lightning has been observed as the main cause. Dry lightning was particularly responsible for fires in the Victories East Gippsland region in late December. That fire then went on to travel 12.4 miles in just 5 hours. There have been incidents where many humans had attempted to start fire. It was speculated that 75% of the fires were caused by arsonists, according to Heather Wheeler, a foreign office minister, but this was quickly corrected by Kerry McCarthy, a Labour MP. She stated that the true figure of arson was less than 1%. Most of these cases were unintentional, such as children “playing” with fire or people who don’t take proper precautions. However there are cases where those who intentionally start fires. These cases usually see arsonists with psychotic tendencies, and the situation allows them to be able to act upon them. Dr. Paul Read, co-director of Australia’s National Centre for Research in Bushfire and Arson, explained that “The general mayhem of fighting bushfires, the evacuation of people, enables them to be furtive [attempt to avoid detection]. They know they’re not likely to be identified. It’s like planting a tree in a forest.” CNN states that at least 24 people have been charged by the New South Wales police for intentionally starting bushfires, and an additional 183 people are being taken to court for fire-related offences since November.

The fires have claimed at least 28 lives, 300 homes, and 10.4 million hectares of land, according to Global News. The sheer size and damage of the bushfires makes it six times more deadly than the 2018 California bushfires and almost twice the damage of the Amazon fires. New South Wales has been the most affected Australian city, and it’s most populated. Almost every state has been affected, including Sydney and Melbourne.

People are not the only casualties of the fires. Around half a billion animals have been affected with millions dead. Ecologists claim the total amount of affected animals could be over a billion. These include birds, reptiles, mammals (excluding bats). Almost a third of koalas have been killed, and they lost around a third of their habitats. Certain animals, such as the koalas, are not at too much risk from becoming extinct due to widespread bushfires, but other animals in more niche environments, such as frogs or birds, are at a higher risk, according to BBC. 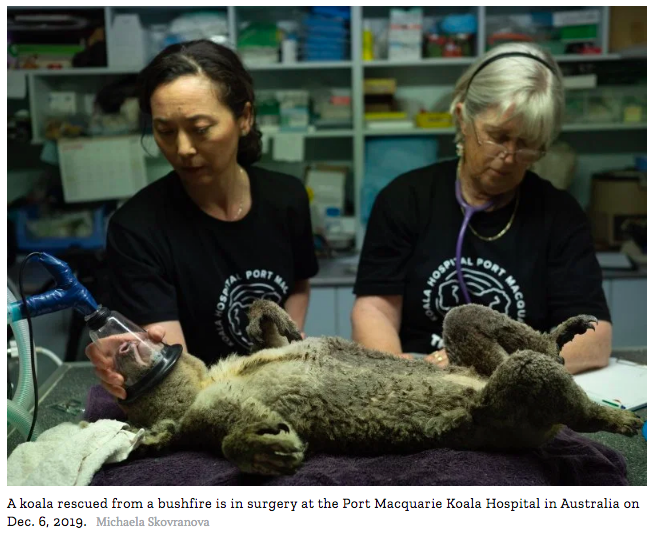 The fires have also brought other hazards to Australia. Canberra, the capital, has been hit with hail storms that have damaged buildings, businesses, and homes, as well as flash floods. In the western region, covering Broken Hill, Dubbo, and Nyngan, is a 186 mile wide red dust cloud carried by 66 miles-per-hour winds. Flash floods rained down on Brisbane and Queensland state, though these rains have not put out the fires. Below is a picture of the dust storm. 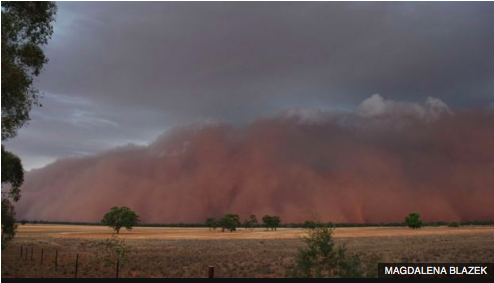 So what is being done to stop the fires? According to the BBC, around 3700 firefighters, including volunteers, are deployed around these areas, as well as another 3700 army reserves, 440 emergency personnel, and 240+ firefighters from the US, Canada, and New Zealand. The NSW Rural Fire Service has around 100 aircrafts in the air when fires are bad, and the Victoria Country Fire Authority has 60. 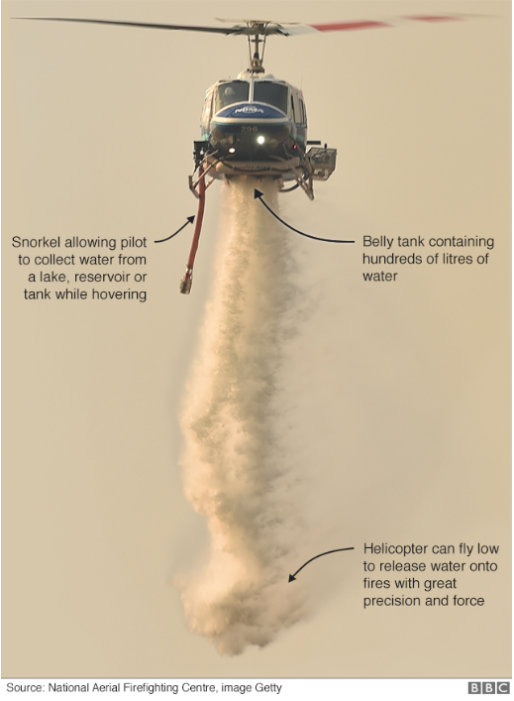 As for what you can do at home, there are many websites that take donations such as UNICEF, WWF, or people can donate directly to the fire stations in Victoria and New South Wales. These donations help the firefighters by purchasing equipment, medical kits, and gear. Simply talking about the issue is a great way to help. By spreading word of the issue and raising awareness, you’re bringing the issues to light and making more people aware of what is going on. This has many benefits. People who are aware of the issues in Australia would be more careful and take more precaution while people around the world will take action, through donations and even through volunteering. 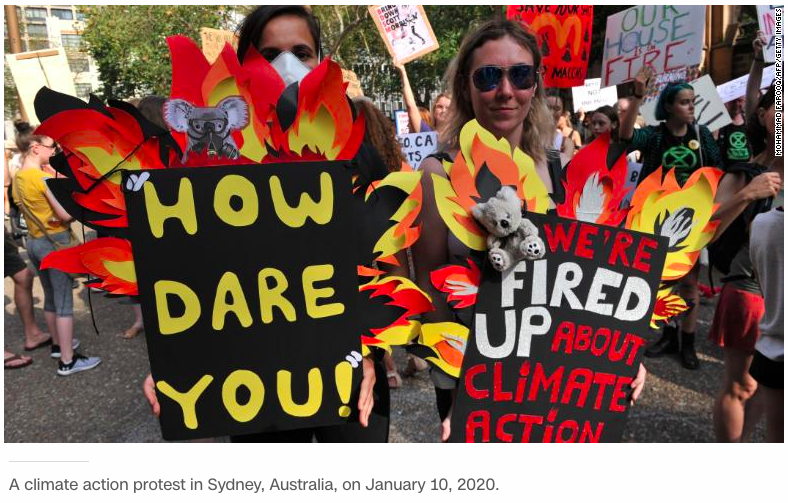